Previous Pause Next
1 of 10

The self-running slideshow at the top of the page will take you through all 10 photos illuminating the most successful spatial, contextual and attitudinal principles demonstrated within the structures of evolution. These principles will provide you with the most powerful and lasting attitudinal and needed mindset keys to personal, family and business success. We call these principles the Universe Principles of Right Attitude.

If you keep clicking on the Previous, Resume, or Next links at the bottom of the slideshow image, it will allow you to navigate through the 10 images. This page below will expand upon the rotating images above and give you a quick idea of some of our core Evolutioneer values at Universe Spirit.

“The most practical belief system for a large-scale society, in the long run, is one that is firmly anchored in factual reality.”-- DAVID SLOAN WILSON

"Evolutionary science is a branch of science that is one of the branches of science that is most firmly anchored in reality. The Universe Principles (Right Attitudes (below) and Right Actions,) represent evolution's most proven, basic and controlling rules as well as evolution's core operating system." Lawrence Wollersheim 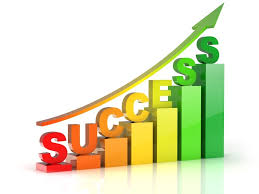 The Universe Principles of Right Attitude Are:

1.) From What We Know Now, Only One Universe Exists, Everything is Included and Nothing is Excluded from this Great Union:

The universe is the only "text" with no "context." It is the context that holds everything in one total union!

You are completely embedded within this single inter-connected universe union of inextricable inter-dependent energy sharing and relationship with all other life and things in the universe. This is not a philosophic opinion or spiritual theory. Evolution science has clearly demonstrated that we are all embedded within this oneness of the universe's universal union!

This means that nothing that is embedded in this one universe and universal union is ever truly separate or excluded. When we understand and then act from this inherent universe truth of universal oneness and its inherent inclusion of all things the separation and tensions of "us vs them" in our interactions with other people and things begin to dissolve to both our own and the world's great benefit. Whole new possibilities of creative (and loving,) action are possible when one realizes and embraces this "nothing is ultimately and completely separate from you as scientific truth.

Each day this means fully embracing being in a co-evolutionary, co-creative, and co-responsible universe union composed of self, other beings, the evolving Universe, and (if you are spiritually inclined,) the Ultimate Reality that was the origin of the Universe! (You can choose your own either secular or spiritual definition of Ultimate Reality by clicking the preceding Ultimate Reality link.

2.) Embrace the Fundamental Is-ness and Neutral Quality of all Universe Reality:

Realize that at the most fundamental, simple, and scientifically provable level what can be said with the highest certainty and widespread agreement is--- that "the Universe just IS" and, this is-ness and "neutral" quality of the universe and its parts also implies an empowering and wonderful converse, which is that life, the universe and the universe’s parts (like you) are not inherently deficient, naturally flawed or intrinsically bad in any way --- at least when seen as being parts of the universe's wondrous evolutionary process viewed from the whole system at universe scale.

3.) Embrace Continuous Learning and the Development of ALL Possible Inherent Potentials of Any Thing (Individually or Collectively,) as THE Primary "What's Happening" of Universe Evolution:

Fully acknowledge the evolving Universe is primarily a "university" for having diverse and novel experiences and learning how to release all inherent potentials for the development of any thing. Once a thing releases its inherent potentials to some degree it then learns, adapts, and develops better. This occurs most optimally through conscious relationships of inter-connected and inter-dependent sharing, toward greater unions(s).

Imitate the universe and embrace the attitude of a life-long release of your full developmental potentials and continuous learning and adaption as a primary life necessity. When any problem or conflict arises it would be wise to see them initially as a possible developmental, learning, or adaptation issues before going on to other remedial approaches.

This releasing your full developmental potentials and continuous learning is an "essential beginning" universe attitude. It is so important that after establishing any needed justice safety and security foundation (so that sustainable action may take place,) there needs to be a primary, continual and major focus of any successful system upon the development, learning/training, and education of its members.

This strongly indicates that to be optimally successful, individuals, families, businesses, and communities must adopt policies and practices that always and continuously first provide an abundance of fundamental support to the potential development, learning/training/education process within themselves and their groups.

4.) Everything that is now Occurring as an Integral and Essential part of the Universe’s Continuous Evolutionary Process of Ever-Ongoing Change:

This ever-changing process also implies there will be differentials between things in different states of evolution and that accepting that inherent differentials (differences,) in the evolutionary process at different levels of development will naturally create dynamic tensions (conflicts,) and stress. The good news is that this is part of the natural process and it is also ok! This is ok because these elements of difference, tensional conflict, and stress will also always be used in one way or another to advance the developmental dynamics and progress of the evolutionary processes of the universe as a whole.

5.) Realize that Everything always Works out for the Good of the Evolution of the Universe as a Whole:

Observe that over the last 13.7 billion years everything, including conflicts, seeming retrogressions, "failed experiments" and even extinctions in parts or subsystems are eventually directly or indirectly utilized and recycled by the master universe’s evolutionary processes to forward the value-interests (the goods and wellbeing) of the Universe as a whole system.

If you are aligned with universe evolution by living the Universe Principles of Sustainability, a far greater portion of the time --- things will be good for your well-being as well!

6.) Enjoy this Current Moment in Universe Evolution Because it "Really is the Most Evolved and Best that it has Ever Been:"

Embrace all this fact implies because --- progressive universe evolution actually is now at its highest known level of evolutionary development when seen as a whole system! While there will be conflicts, seeming retrogressions, "failed experiments" and even extinctions in parts or subsystems of the master universe system, but as a whole universe system, it is the most evolved and best it has ever been!

One could even extend this "most evolved and best ever" attitude to the current state of the Earth when the planet is seen as a whole system over the whole 4.2 billion years of its developmental process.

All of the resources of what is over will then be more effectively recycled back into the universe’s evolutionary processes and be “reborn” into new experiments, forms, parts, possibilities, unions, and directions and, one may also be considerably less burdened in achieving their next step in evolutionary development having let go and moved on. Enjoy Surfing the Waves of Continuous Evolutionary Change!

Evolution unfailingly does this letting go and moving on every time it breaks down and recycles nonaligned and non-adaptive (failed,) parts or wholes in acts of destructive creation.  Evolution does this to once again forward the progressive directionality and vital value interests of evolution by and through reusing and recycling the resources of failed, no longer needed, adaptive, or relevant evolutionary experiments.

9.) Delight in the Universe being Engaged in a Grand and Creative and Adventure and its Progressive Evolutionary Processes Actually Taking it Somewhere:

Because universe evolution is going somewhere we can align with its processes and directionality to enhance our own success as well as to do our parts to sustainably forward the progressive evolutionary progress of humanity and life in the universe.

10.) Celebrate the Abundance of the Universe's Near Unlimited Creativity and Energy:

Celebrate your existence within a Universe of near limitless creative potential, energy abundance, beauty, continuously evolving process, and opportunity and creative spontaneities and uncertainties. Create reserves from this abundance.

Be grateful each day and celebrate the adventure, surprises, and opportunities brought to you by a progressively evolving Universe that is increasing in novelty, complexity, learning, adaptability, and intelligence.

"Over the past 13.7 billion years of progressive evolutionary creativity the universe appears to have a broad creative directionality to it and it appears to have continually repeated certain patterns and actions that cause certain parts and wholes within it to be sustained and thrive. When we understand and align with this evolutionary directionality as stated in the science-illuminated meta-principles of the Universe Principles of Sustainability our lives, communities and nations will thrive and be sustainable, our lives will be as meaningful as they can possibly be and, we will also not surprisingly --- be living in an ethical congruity with the life-affirming aspects of the moral codes of the Religion 1.0 and Religion 1.5 religions." Lawrence Wollersheim

We have finally reached the amazing phase of evolution where we can now become evolution’s partner consciously co-evolving universe evolution. The above are the attitudes that help us do it! When we simply live sustainable lifestyles and livelihoods applying the Universe Principles and we enact laws that reflect the application of the Universe Principles when applied to groups, corporations, and nations we will attain a just civilization and a meaningful and sustainable prosperity for all.

How to use the Universe Principles of Right Attitude: 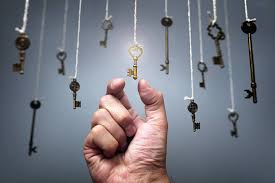 If you have not yet reviewed the success-empowering Universe Principles of Right Action, click here.

"[Evolution] appears to be not only a series of accidents the course of which is determined only by the change of environments during Earth history and the resultant struggle for existence,… but is governed by definite laws… The discovery of these laws constitutes one of the most important tasks of the future. Ludwig von Bertalanffy, biologist"