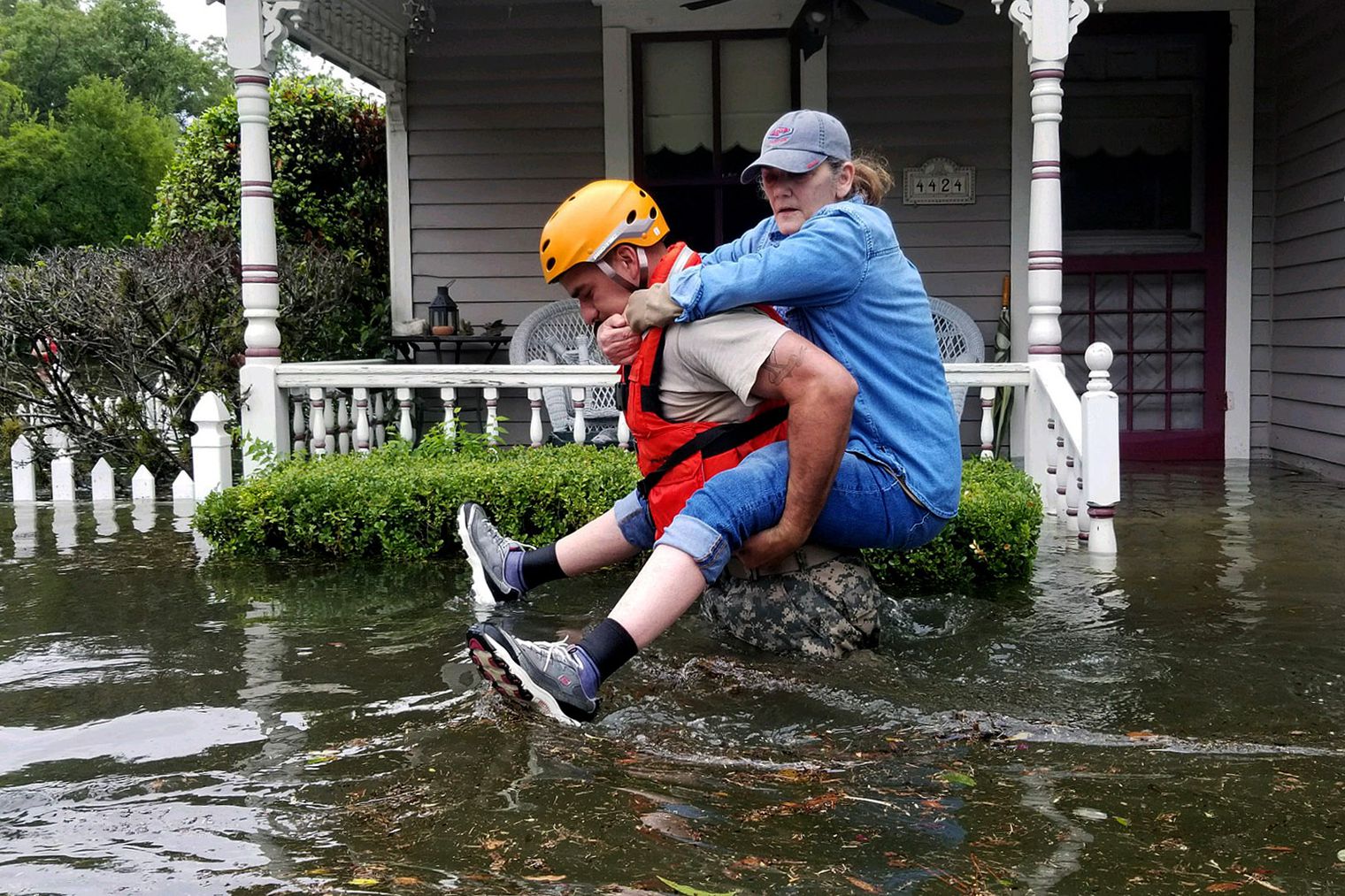 New research claims that official estimates lowballed the risk by, uh, about a factor of three... 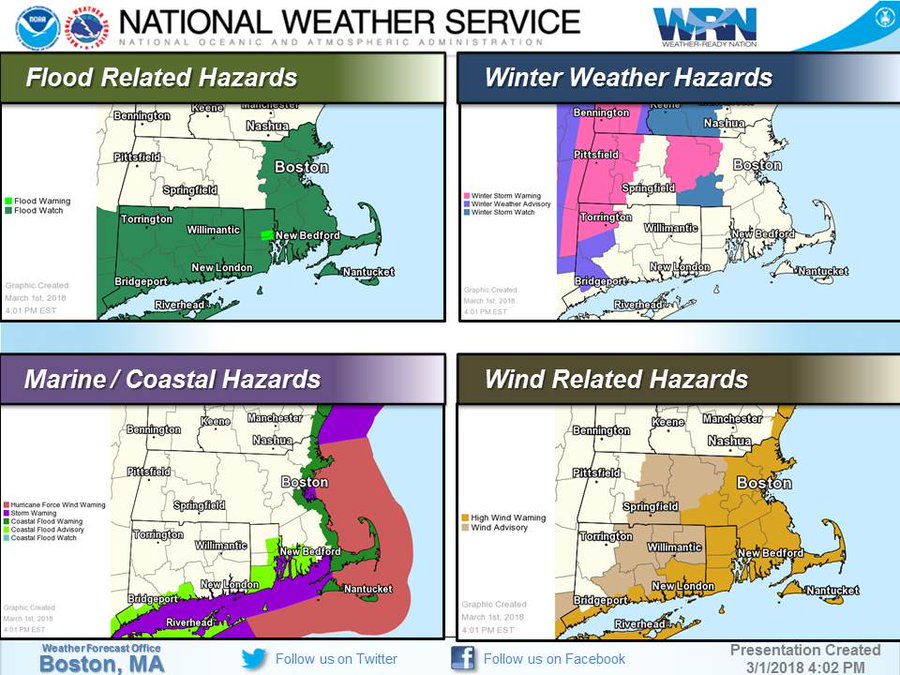 So it is somewhat ironic (if that’s the word) that this week also features the publication of a new paper in Environmental Research Letters showing that Americans are at far greater risk from flooding than official estimates reveal — as in, three times the risk.

A team of researchers led by PhD student Oliver Wing of the University of Bristol in the UK set about to do the first high-resolution, national-level assessment of flood risk in the US.

Why don’t we already have one? Well, the Federal Emergency Management Agency maintains the official maps of flood risk that inform programs like federal flood insurance. But FEMA maps are an aggregation of local maps “of varying age and levels of quality,” the researchers write, which share “notably poor coverage of smaller catchments,” i.e., smaller streams, which are often near residential areas.

Combining various datasets on weather, water, population, and building density from the US Geological Survey, the US Army Corps of Engineers, the EPA, and elsewhere, they derived a layered picture of US flood risk that is “significantly higher [in] quality and spatial coverage than those that have previously informed exposure and risk estimations.” (There’s a long section on methodology in the paper if you’re hungry to hear more about datasets.) 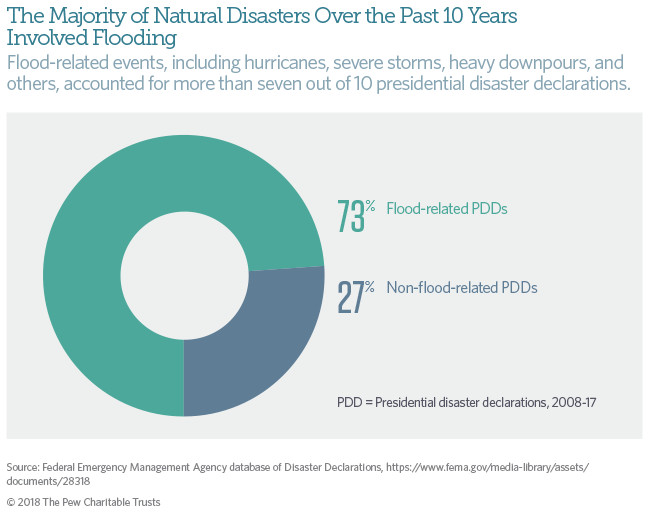 Flooding is by far the most common reason for presidential declarations of disaster.

The news is not good. To wit: the analysis reveals that the population of Americans exposed to serious flooding risk is “2.6–3.1 times higher than previous estimates.”

FEMA estimates that around 13 million people are at risk. This is what Wing’s team found:

The analysis shows that 40.8 million people (13.3% of the population) are currently exposed to a 1 in 100 year (1% annual exceedance probability) fluvial or pluvial flood in the [conterminous United States], which translates to a GDP exposure of $2.9 trillion (15.3% of total GDP).

The "500-year" flood, explained: why Houston was so underprepared for Hurricane Harvey

The researchers also run a few projection scenarios with different rates of population and economic growth. They estimate that by 2100, more than 16 percent of Americans — around 75 million people — along with $10 trillion in assets will be located in flood plains. The graphic below shows where that risk will be concentrated (“SSP2” is a moderate growth scenario, while “SSP5” is a high-growth scenario). 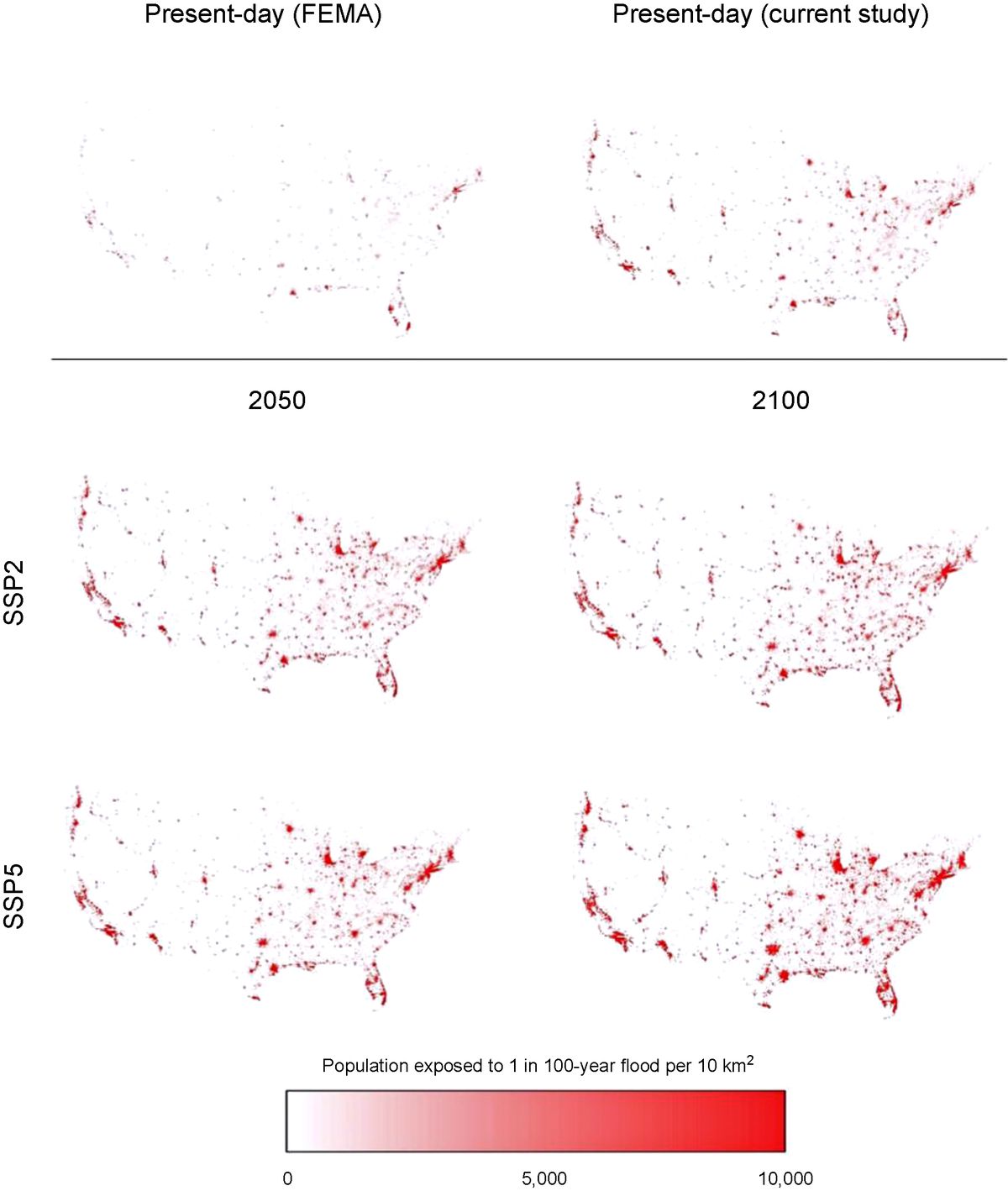 That’s a pretty nasty stripe of red up in New England. And Florida becomes mostly red...

Climate change will only add to that elevated risk

To be clear, Wing’s analysis has nothing to do with climate change; that’s not why he’s raising the estimate of risk. All the researchers did is (literally) look more closely at the landscape and find a bunch of stuff previous flood maps missed. It’s a correction based on a level of detail in spatial and data analysis that has only recently become possible.

And the future projections of risk are not premised on climate change either. Right now, they write, “there is not yet compelling evidence of a climate change signal” in freshwater flooding losses, research on how climate change might affect it has been inconclusive, and the IPCC has “low confidence” in its projection of flood risk effects.

Meanwhile, the overwhelming determinants of flood risk — population and economic development (i.e., how many buildings, roads, and factories are built in risky areas) — are clear, so Wing’s analysis is based on those figures.

The paper focuses on freshwater flooding (heavy rain-induced, basically) rather than coastal inundation from rising sea levels. There is evidence suggesting that the latter is going to be a serious climate-driven problem this century, but that’s for another analysis. What Wing’s analysis shows that that the baseline of US flood risk from heavy rainstorms is much higher than we thought. 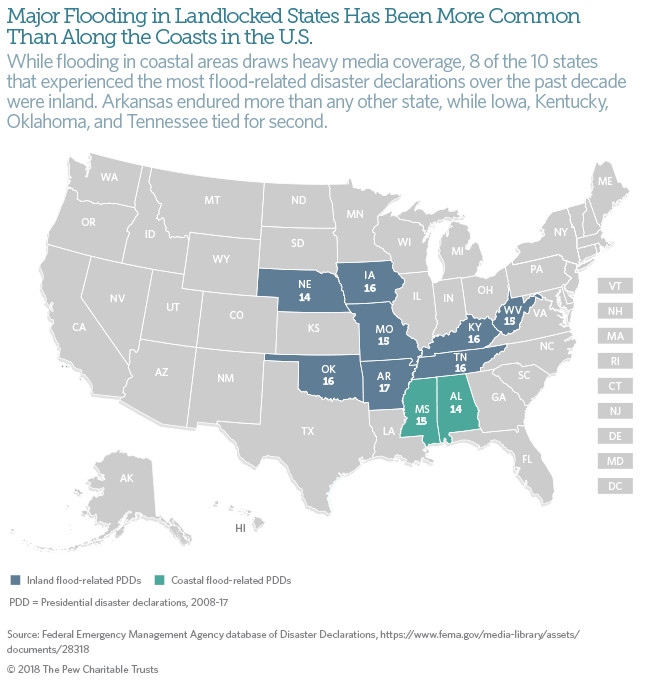 Inland states are not safe from flooding.

And that risk is rising, irrespective of climate change. We are moving to flood plains at an increasing rate — not only that, but “more frequently inundated areas are experiencing faster population growth than less frequently inundated ones.” We’re literally concentrating ourselves in the riskiest areas, putting more and more lives and assets on the line.

If climate change is an accelerant of flooding, as many scientists expect, it will only make that already dubious decision look worse.

In the meantime, all you Bostonians, try to stay dry! And don’t forget that a little flood water carries a lot of power. 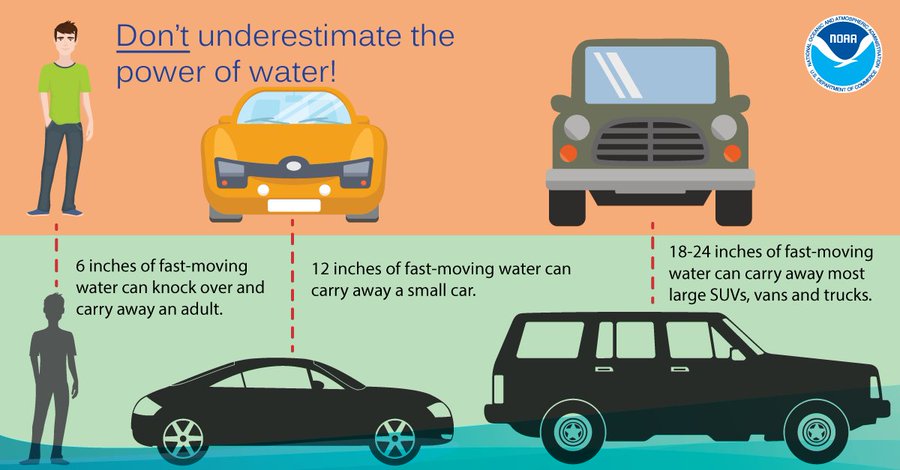 With the potential for coastal flooding, river flooding and urban and small stream flooding we want to send a reminder to not underestimate the power of water. Turn Around Don’t Drown! http://tadd.weather.gov #FloodSafety #WinterSafety

Next Up In Energy & Environment

Activism is my rent for living on this planet.