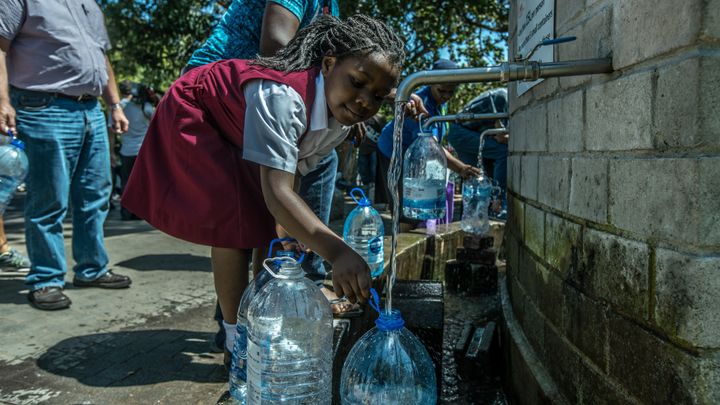 Cape Town residents queue to refill water bottles on Jan. 30, 2018. Diminishing water supplies may soon lead to the taps being turned off for the four million inhabitants of Cape Town. Morgana Wingard via Getty Images

Cape Town is parched. Severe drought and high water use have collided in South Africa’s second largest city, and unless the drought breaks, residents may run out of water in the next few months when there simply isn’t enough water left to supply the drinking water taps.

In response to this looming “Day Zero” ― currently projected in May ― city managers have imposed new and unprecedented restrictions, including limiting residential water use to 50 liters (around 13 gallons) per person per day. They released plans to open 200 community water points to provide emergency water in the event of a shutoff – for four million people. As the crisis worsens, water scarcity will sharpen South Africa’s economic inequalities, inflaming tensions between wealthier and disadvantaged communities.

Cape Town is not alone. Water crises are getting worse all over the world. The past few years have seen more and more extreme droughts and floods around the globe. California just endured the worst five-year drought on record, followed by the wettest year on record. São Paulo, Brazil, recently suffered a severe drought that drastically cut water supplies to its 12 million inhabitants – a drought that also ended in heavy rainfall, which caused extreme flooding. Houston was devastated in 2017 by Hurricane Harvey, the most extreme precipitation event to hit any major city in the United States.

Severe droughts and floods. Water rationing. Economic and political disruption. Urban taps running dry. Is this the future of water? 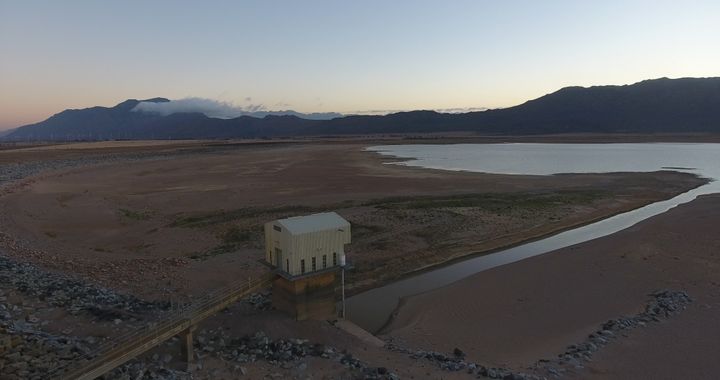 Any city, in building a water system, tries to prepare for extreme weather, including floods and droughts. It also considers estimates of future population growth, projections of water use and a host of other factors. Cape Town’s water system is a relatively sophisticated one, with six major storage reservoirs, pipelines, water treatment plants and an extensive distribution network. Its water managers, and South Africa’s overall water expertise, are among the best in the world.

The problem is that the traditional approach for building and managing water systems rests on two key assumptions. The first is that there is always more supply to be found, somewhere, to satisfy growing populations and growing water demand. The second is that the climate isn’t changing.

Neither of these assumptions is true any longer.

Many regions of the world, as in Cape Town, have reached “peak water” limits and find their traditional sources tapped out. Many rivers are dammed and diverted to the point that they no longer reach the sea. Groundwater is over pumped at rates faster than nature can replenish. And massive long-distance transfers of water from other watersheds are increasingly controversial because of high costs, environmental damages and political disagreements.

On top of this, the climate is no longer stable. It is changing because of human activities, and among the expected and observed impacts are changes to the frequency and intensity of extreme events, with impacts on both water supplies and demands. 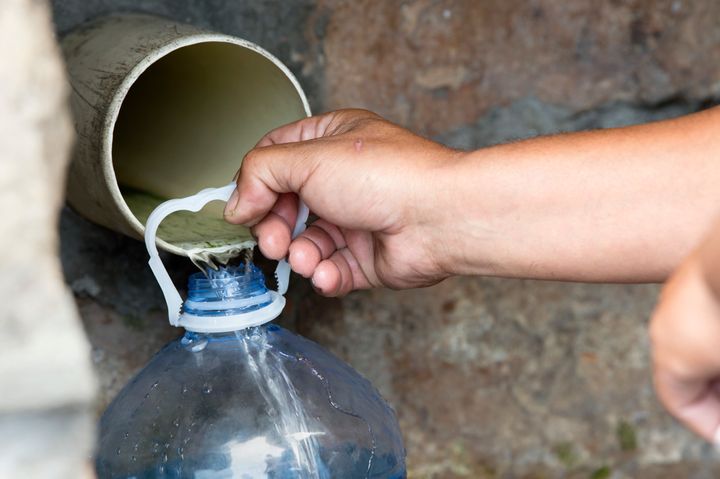 There is evidence that the current drought in Cape Town shows the influence of climate change. Temperatures in the region have been rising in parallel with global temperatures, leading to higher evaporative losses from Cape Town’s reservoirs and soils. A new analysis of rainfall data in the Western Cape by Piotr Wolski, a researcher with the University of Cape Town’s Climate System Analysis Group concluded that the current drought is extremely severe. Historical records indicate that the region is experiencing long-term reductions in regional rainfall, suggesting climate change is already altering South Africa’s rainfall patterns. Such changes have been observed in other parts of the world as well.

The crisis in Cape Town has already taught us several crucial lessons. The first is that the impacts of water crises are not evenly distributed; they fall most heavily on poorer communities. Cape Town’s current restriction of 50 liters per person per day is the bare minimum safe requirement for drinking, cooking, washing and sanitation. Yet South Africa’s Western Cape features wealthy neighborhoods dotted with swimming pools and ornate gardens, and an agricultural sector that consumes a large fraction of the region’s water. When the taps are cut off, the disparities in water use ― and the ability of the wealthier communities to find and pay for alternative water sources, such as private wells and water deliveries ― will become glaringly apparent. Even now, richer homeowners, anticipating further restrictions, are filling pools, drilling wells and buying and building private tanks to store large volumes of water.

Another solution being pursued by the South African government is the construction of costly desalination plants. In a region where no new traditional water supplies are available, the dream of desalinating unlimited quantities of seawater is appealing. But the inevitable higher costs for water will raise the same issues of inequity, and other countries like Australia have built desalination plants during severe droughts only to mothball them when the rains returned.

South Africa has wrestled with inequitable access to water for many years. It pioneered a policy of providing a minimum amount of water to all residents for free. But as the Cape Town crisis worsens, new fault lines will open between the water haves and have-nots. How the city handles it will be instructive for the rest of the world, as we all approach our own Day Zero.

Peter H. Gleick is a climate and water scientist, co-author of The World’s Water, and a member of the U.S. National Academy of Sciences.

The beating heart of the universe is holy joy!