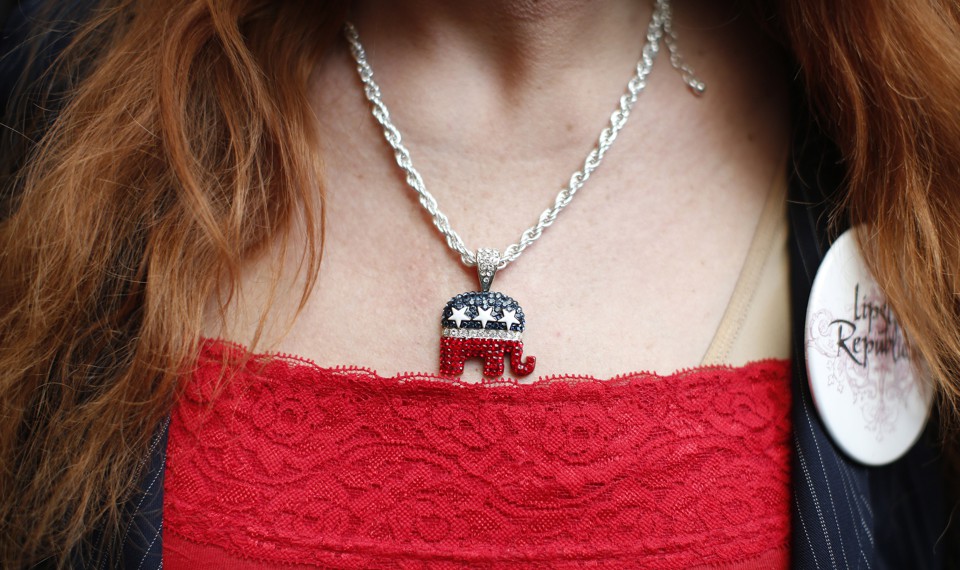 "A lot of young conservatives are frustrated by the false choice between no climate action and a big government regulatory scheme."

Consider the life of a current college sophomore, a 20-year-old.

She was born in 1998, at the time the warmest year ever measured, when a monster El Niño pattern spawned floods and droughts around the world. Seven years later, as she started first grade, Hurricane Katrina inundated New Orleans, and 2005 set a new record as the warmest year ever measured. That record fell again as she started fifth grade and sixth grade, and in her sophomore, junior, and senior years of high school.

In fact, 18 of the 20 years she has been alive have ranked among the warmest ever recorded. But through those two decades, the United States has not moved much closer to doing anything about the underlying problem: human-caused climate change. Maybe 20-year-olds can help.

On Wednesday, a coalition of 34 student groups from around the country—including 23 chapters of the College Republicans—announced the formation of Students for Carbon Dividends, a bipartisan group calling for national legislation to fight climate change.

Specifically, they’ve endorsed the Baker-Shultz plan, a proposal to impose an expensive new tax on carbon pollution while slashing Environmental Protection Agency regulations. That plan gets its name from the two GOP graybeards—James Baker III and George Shultz, both former secretaries of state—who first advanced it last February.

It marks the first time that a coalition of College Republican groups has publicly backed a climate-change policy.

“Adult leaders have not acted efficiently or effectively on this issue, and we are stepping forward to fill the void,” said Alexander Posner, the founding president of Students for Carbon Dividends and a 22-year-old American history major at Yale University.

“I think a lot of young conservatives are frustrated by the false choice between no climate action and a big government regulatory scheme. They feel pressured that those are the only two options, and they’re hungry for a conservative pathway forward on climate,” he told me. “The other thing that’s unique here is that the elder statesmen of the Republican Party are kind of uniting with the younger generation, to press the middle generation to act on climate.”

The Baker-Shultz plan has four major components. First, it creates a new $40 tax on every ton of carbon dioxide emitted into the atmosphere, which comes to about an extra 36 cents per gallon of gasoline. It also creates a new “border carbon” tax, raising the prices of imported goods from countries that do not impose a carbon tax themselves.

Instead of pocketing the money from those two policies, the plan calls for the government to redistribute it as a monthly check to every American. A family of four would find itself with an extra $2,000 every year, they estimate. (Baker and Shultz claim that their plan should be called a carbon dividend, not a carbon tax, because of these rebates.)

Resources for the Future, an independent economics think tank, estimates that a $40 revenue-neutral carbon tax would prevent 16.8 billion metric tons of carbon pollution. The Climate Leadership Council, which backs the Baker-Shultz plan, believes that the policy would more than fulfill the U.S. commitment under the Paris Agreement.

In return for these concessions to environmentalism, the Baker-Shultz promises a “significant regulatory rollback.” The proposal calls for a full repeal of the Clean Power Plan and a general restriction on the EPA’s ability to regulate carbon-dioxide emissions.

When the plan was first introduced, it generated some press coverage, but the attention quickly fizzled. The proposal seemed too naïve to work. Republicans had just won an election campaigning against President Obama’s energy policies: Why would they embrace climate change now? And through its control of the White House, the GOP could repeal the Clean Power Plan all by itself.

But the centrism that annoyed Washington insiders turned out to be perfect for college politicos. Posner was inspired by the plan when he first read about it in the press. He contacted the Climate Leadership Council and ultimately interned there over the summer. When he returned to campus this fall, he was determined to recruit more college conservatives to their cause.

“I was born and raised in Ketchikan, Alaska, so I grew up with a deep respect for the environment,” she told me. “Moving to the Lower 48 after growing up in Alaska was shocking—even just from the perspective of light pollution, of going outside and not being able to see the stars.”

“I may not see the effects [of global warming] yet in my hometown, but the world’s changing,” she added.

Students for Carbon Dividends has also succeeded in recruiting six college Democratic groups and several environmental-advocacy organizations to the cause. “This solution is not necessarily perfect, but it’s a good one that we can work with Republicans on, and it’s an improvement on the status quo,” said Jordan Cozby, the president of the Yale College Democrats and a 20-year-old history major from Huntsville, Alabama.

“Recognizing that the balance of power is the way it is, it’s unlikely that Democrats or any pro-climate members of Congress will be able to push through a partisan, Democratic climate plan. So what are the solutions we can look for with the current circumstances?” he asked Wednesday. He added that many Democrats want to make sure the proposal is “as robust and environmentally conscious” as possible “before any of the regulations are pulled back.”

Not every young conservative who joined seemed sold on climate science. Dylan Jones, the chairman of the University of Kansas College Republicans, told me that much of what he knows about global warming he learned from his dad, who works as a meteorologist in Wichita.

“What I like to think is, something’s obviously happening with the climate,” he said. “But I’ve been skeptical of many of the questions surrounding it. I think a lot of the conversation around climate change is still an ever-changing debate—it’s not necessarily set in stone, or scientific fact, that humans may be a cause.”

This view is not supported by established science. In November, a comprehensive report from 13 U.S. federal and military agencies declared that human activity was “the dominant cause” of observed global warming since the mid-20th century. “There is no convincing alternative explanation supported by the extent of the observational evidence,” it said.

Yet despite Jones’s doubtfulness about climate science as a whole, he says imposing a price on carbon pollution was the right thing to do.

“I believe the free market works best, except in certain scenarios when it exhibits externalities that [pricing] doesn’t take into account. Then it’s necessary for the government to step in and correct that market, so there is an efficient allocation of resources to consumers,” he said.

“We may not know whether the carbon emissions are causing global warming or climate change, but we do know that there are negative impacts on the environment of carbon emissions. This would be a great solution to take in those externalities and create more of a free market,” he said. “You can still choose to consume or emit as much [carbon dioxide] as you want—it’s a free market—but you’re just going to be taxed on that.”

Jones also liked that the plan would send revenue back to Americans. “In a world where we’re seeing stagnant wage growth, this is a good way to bring that money back to the people. It’s a very populist idea,” he told me.

It’s not clear how Students for Carbon Dividends will try to bring the Baker-Shultz plan to Congress. But the group is significant if it represents a generational willingness to compromise on the issue, especially among conservatives at elite universities.

After all, the opinions of young Republicans presaged the party’s most important recent shift leftward. In 2014, a majority of young Republicans said they supported same-sex marriage. The party as a whole is now evenly split on that issue, and President Trump has shown little interest in fighting against the Supreme Court ruling that legalized it.

But it’s also unclear when—and if—young Republicans will have enough clout to shape the party’s legislative agenda. Think-tank centrists like to cite a few promising-sounding statistics about new voters: Seventy-four percent of young conservatives say that the United States should address climate change, according to a 2016 poll from the interest group Young Conservatives for Energy Reform. But other polls show shallower concern for climate change among Millennial Republicans.

And Republicans may not need young votes to win. Roughly a quarter of all young Republicans left the party between December 2015 and March 2017, according to the Pew Research Center. (Democrats did not experience a generational exodus during the same period.) Yet this hemorrhage has not yet seemed to hurt them. Republicans won Congress and the White House in 2016 despite losing among Millennials, Gen Xers, and college-educated whites.

Experts say that climate advocates should see the polling data—and the existence of Students for Carbon Dividends—as positive developments.

“I’d say that such announcements can’t hurt and might do some good,” says Dan Kahan, a professor of law and psychology at Yale University who studies partisan polarization and climate change. “In general, Millennials seem less divided than other age cohorts” on climate change. 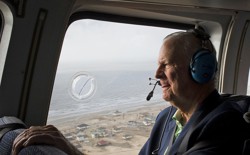 “I’m very pleased to see College Republicans leading on this issue,” said Edward Maibach, a professor of climate-change communication at George Mason University, in an email.

“The Republican party has a clear climate-change problem,” he told me. “Being on the wrong side of the scientific facts is bad for the party, bad for the country, and bad for the world. When College Republicans come out in large numbers in support of a revenue-neutral price on carbon, it will speak loudly to Republican members of Congress who are going to need the support of those voters at the next election, and the next, and so on.”

“Thankfully, young voters will be around for a long time,” he added. “It’s best to earn their support now.”

Derived from the works of Matthew Fox