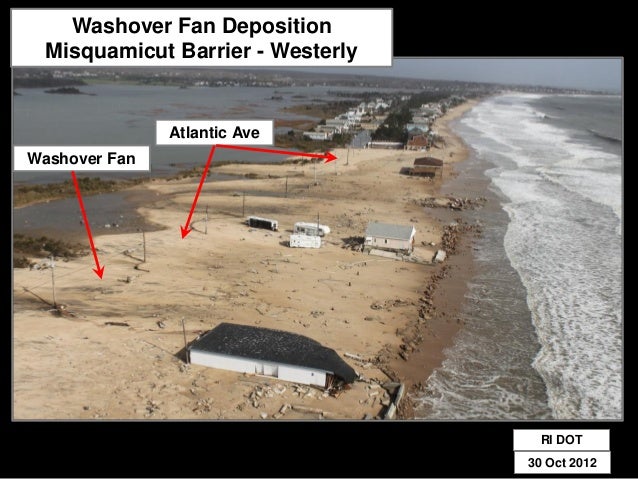 SOUTH KINGSTOWN, R.I. (WPRI) — The Ocean State is getting closer and closer to the ocean. The state is sinking; albeit slowly, but the impacts are already being seen...

“It’s sinking because of processes that happened tens of thousands of years ago,” Simon Engelhart, Associate Professor of Geosciences at the University of Rhode Island (URI), said.  Eyewitness News spoke to Engelhart prior to his talk at the Coastal Discussion Series talk last Wednesday.

During the Ice Age, a two-mile-thick ice sheet stretched across Canada and parts of the United States. Its weight pushed down on the middle of the continent, while the coast lifted up. The ice sheet has retreated and now portions of the coast are sinking.

Parts of North Carolina, New Jersey and South Carolina have been sinking at rates of 8 to 10 inches per century. Rhode Island has been sinking 4 inches per 100 years. That has a big impact on long established cities like Newport and Providence, both settled nearly 400 years ago.

“You built that town or you built that city. Sea level is now a foot and a half higher than it was then, and that has a huge implication for things like nuisance flooding,” Engelhart said.

Rhode Island’s rate of sinking is a millimeter per year and has been measured a couple of different ways, such as through GPS and salt marsh cores.  URI has a GPS receiver on top of Woodward Hall on campus. Researchers only have about 10 years of GPS to use, so they also use salt marsh cores which can give them clues about sea level going back 3,500 years.

GPS and salt marsh core data both indicate that Rhode Island has been sinking at rate of one millimeter per year. Engelhart said that the rate of sea level rise today is faster than any time in the past 3,500 years.

The rate the land is sinking in Rhode Island is much less than the rate the sea level is rising. Data from Providence and Newport indicate that the sea has risen 0.75 feet and 0.90 feet, respectively, in the past 100 years, while Rhode Island has been sinking at a rate of 4 inches per century.

“As much as we have the much higher rates projected in the future, we have potential to mitigate by changing our behaviors,” Engelhart said. “Some technological improvements, emitting less green house gases, carbon capture and storage and using more solar panels.”

Engelhart also said that while mitigation is available to fight global warming and sea level rise, there isn’t a mitigation available for subsidence (sinking). It’s a natural process that we can’t control.

Ethical existence [is] the highest manifestation of spirituality.