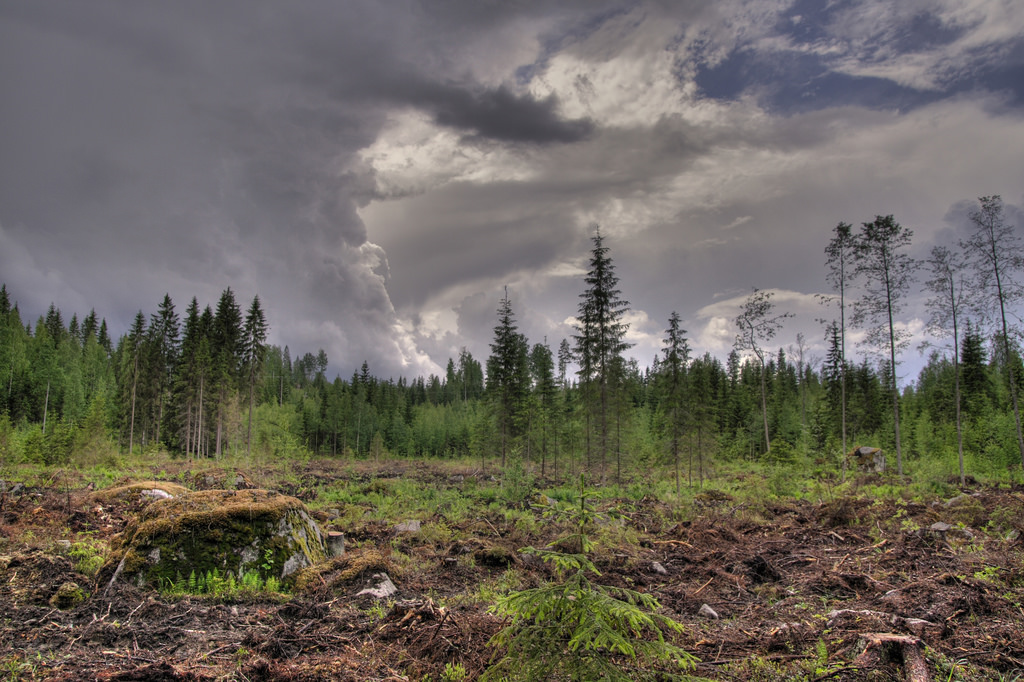 The analysis is well known to everyone who has paid even a little attention: the world hasn’t yet done enough to lessen the impacts of climate change. The last Intergovernmental Panel on Climate Change report included greenhouse gas emissions scenarios that could limit global warming to two degrees Celsius or less, but we’re not even close to a trajectory that would achieve any of them.

But there’s something about those two-degrees scenarios you may not know, which climate scientists have been talking a lot about recently. Those scenarios involved a substantial deployment of technologies to actively remove CO2 from the atmosphere. Without those technologies, we’re even further from sufficient emissions cuts.

That leaves us with a crucial question: can carbon dioxide removal techniques be scaled up to the necessary level in time? A new European Academies Science Advisory Council (EASAC) report—reviewed and endorsed by the national academies of more than two dozen countries—evaluates the outlook for carbon dioxide removal. And it’s not optimistic.

Related: We Can Pull CO2 from Air, But It's No Silver Bullet for Climate Change, Scientists Warn...

The report looks at a number of options, including reforestation, soil management, plankton fertilization, industrial CO2 capture plants, biofuels with emissions injected underground for storage, and even the boosting of bedrock weathering reactions.

In the two-degrees emissions scenarios, these techniques have to start soaking up at least 11 billion tons of carbon dioxide per year around 2050 in order to offset our continued emissions. If we bank on that future offset, but it fails to materialize, we will find that it’s too late to cut our emissions and limit global warming to two degrees Celsius.

At least theoretically, these techniques could be combined to remove 11 billion tons or more each year, but the practical limits could well be lower than that. Biofuel crops, for example, probably can’t reach their full potential because of competition for land with food crops. 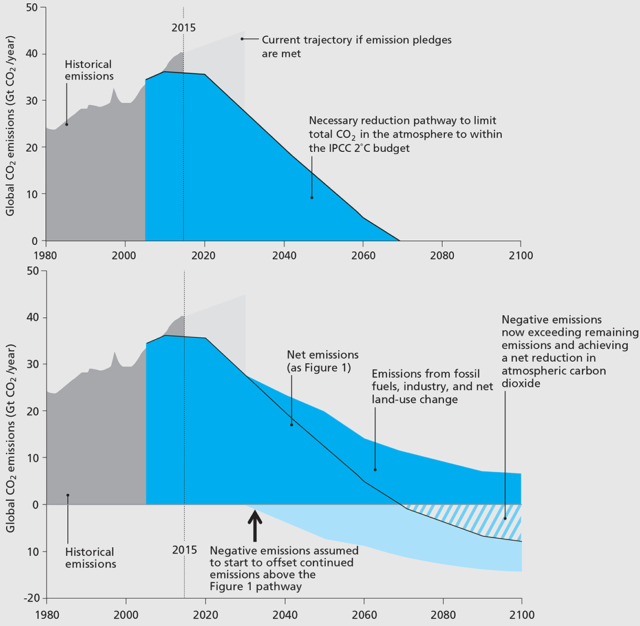 Enlarge / The bottom graph shows how capturing carbon dioxide ("negative emission") could help us stay below two degrees Celsius warming. The top graph shows how much more quickly our emissions have to decline in the absence of carbon capture techniques.
EASAC

CO₂ benefits of regrowing forests nothing to sniff at

The EASAC report finds that few options look like they could scale up to three or four billion tons. And more importantly, none is on track to do so at this point. Reforestation and accumulating carbon in agricultural soils are probably the easiest options to make progress on, for example, but we’re currently still doing the opposite of these things: deforestation and soil degradation are adding to our greenhouse gas emissions, not counteracting them.

Things like biofuels and industrial capture plants rely on the existence of underground storage infrastructure, which is also behind schedule. Some projects are already operating, but most are just reinjecting gas into oil fields to keep the crude flowing. It’s not so much that we haven’t figured out how to do things like biofuels. There just isn’t enough of a financial incentive to do them in the absence of significant fees assessed on emissions.

The EASAC report’s conclusions are basically twofold: we have to develop carbon dioxide removal schemes more aggressively, but we also have to cut our emissions enough that we don’t rely on those schemes to save us. “Despite the limitations of [carbon dioxide removal technologies],” the report states, “halting increases in the concentration of GHGs in the atmosphere remains a race against time, and humanity will require all possible tools to limit warming to within Paris Agreement targets.” Scott K. Johnson Scott is a hydrogeologist and educator who has been covering the geosciences for Ars since 2011. Email scott.johnson@arstechnica.com // Twitter @SJvatn
source: https://arstechnica.com/
original story HERE

Divinity is the enfolding and unfolding of everything that is. Divinity is in all things in such a way that all things are in divinity.