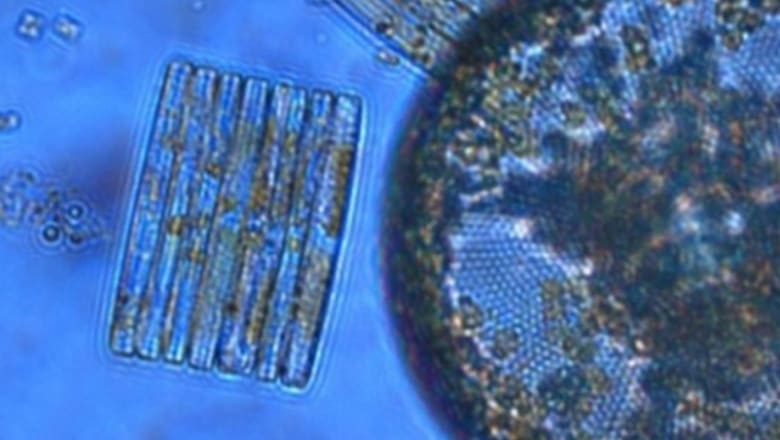 Phytoplankton like these diatoms turn out to be sensitive to ocean acidification, according to new research. Photo: Scripps Institution/Nature

Excessive rates of carbon dioxide affects the health of key micro-organisms in the oceans, potentially undermining the base of critical marine food chains, according to new research by US scientists...

A team of researchers from the Scripps Institution of Oceanography and the J. Craig Venter Institute (JCVI) applied techniques from the emerging field of synthetic biology to understand how ocean acidification from the absorption of CO2 is affecting tiny plants known as phytoplankton.

Phytoplankton are not only a key food source for global fisheries, they are also important to the removal of CO2, much like how trees absorb the greenhouse gas from the atmosphere.

In a paper published on Thursday in Nature, the team demonstrated how the microscopic plants require carbonate ions to acquire iron from the water to grow.

As CO2 levels rise, the oceans have less carbonate, affecting phytoplankton's ability to secure sufficient nutrient iron for growth. In fact, the concentration of sea surface carbonate ions are on course to drop by half by the end of this century.

“Ultimately our study reveals the possibility of a ‘feedback mechanism’ operating in parts of the ocean where iron already constrains the growth of phytoplankton,”said Jeff McQuaid, lead author of the study who made the discoveries as a PhD student at Scripps Oceanography.

“In these regions, high concentrations of atmospheric CO2 could decrease phytoplankton growth, restricting the ability of the ocean to absorb CO2 and thus leading to ever higher concentrations of CO2 accumulating in the atmosphere.” 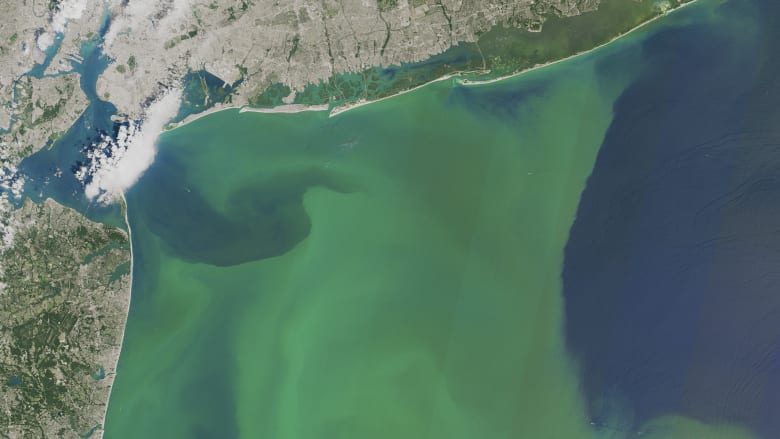 Phytoplankton off New York. The micro-organisms help remove carbon dioxide from the ocean.

Andrew E. Allen, a biologist at Scripps and JCVI and the paper's senior author, said that while the genetics of common animals such as rats or rabbits was well known, the same was not true of marine microbes that play important roles in the global food chain.

The researchers inserted a mutated copy of a gene into phytoplankton cells and tested how it responded to changing ocean chemistry.

“It was a complete game changer,” Professor Allen told Fairfax Media, noting interest in who acidification impacts on phytoplankton had been "a pretty intensive topic of research for the past 10-20 years” given the implication for the food web. Progress, though, had been limited until the new techniques emerged.

“With [synthetic biological] tools like this we can really study the function of a protein in detail to really enable some breakthroughs.”

Professor Allen discovered several iron-responsive genes in diatoms - a type of phytoplankton - in 2008 that had no known function.

DNA analysis of samples that were collected by Mr McQuaid during a trip in the same year to Antarctica revealed one of Professor Allen’s iron genes was not only present in every sample of seawater, but that every major phytoplankton group in the Southern Ocean seemed to have a copy.

The subsequent research centred on the more common of two methods of iron take-up by diatoms.

"In the Southern Ocean, where the temperature decreases the solubility of carbonate, we should already be in the zone where the models project which start to limit iron uptake," Professor Allen said. "Certainly by 2100...the uptake of iron by this [primary] mechanism could be reduced by 45 per cent.”

While the micro organisms had a secondary way to extract the iron they needed to grow, that method was "a lot more energetically expensive and less efficient", Professor Allen said.

"If you take away one kind of iron substrate, there could be ripples through the microbial food web."